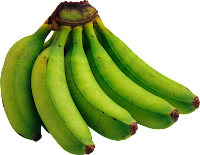 Earlier this evening, I wished a friend’s 16-year-old son a Happy Birthday, and as I tried to hark back to myself at that stage, I suddenly realized that I am already more than three times his age.

I was feeling really old, until President Trump announced his nominee for the Supreme Court: Neil Gorsuch, who also happens to be 49. Now, everyone is saying how long-lasting his legacy on the bench could be if he’s confirmed, because he’s “so young.”

And just like that, I’m back to buying green bananas again.