I have been searching for the Swedish Fish Oreos for awhile now, but there aren’t any Kroger stores near me, and since that’s an “exclusive” for their store, I had to give in and order them off of Amazon.com.  While I was at it, I searched for other flavors I hadn’t tried yet, and that’s when I found the Fruity Crisp and Candy Corn varieties. (I also ordered “Blueberry Pie” Oreos, but those won’t be arriving until tomorrow.)

So, how did these newest flavors stack up? 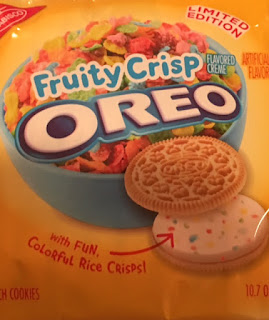 My first reaction upon opening the package, “Oooh! These are so pretty!”  They have a vanilla Oreo cookie with a white creme center, dotted with rainbow speckles, and they smell EXACTLY like Fruity Pebbles cereal (think Rice Krispies in garish rainbow colors).  It’s uncanny–they definitely nailed it in terms of scent. 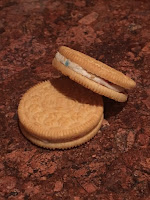 I guess I should have read the package more carefully, because I did not realize that the pretty rainbow speckles actually had some “snap, crackle, pop” to them (even though it says right there in red letters “with FUN, Colorful Rice Crisps!”) The sensation was similar to ingesting a mouthful of Pop Rocks candy, and I was not prepared for that.  The flavor is also sickeningly sweet–very much like the breakfast cereal, but without the benefit of milk (and a 6-year-old’s palate) to offset it.

Overall, it was an odd combo: the crackling rice bits were off-putting, and the flavor of the creme itself was sweet and cloying. Not a pleasant cookie experience, and no, I would not buy these again.

Next up: a flavor that screams “synergy”: Swedish Fish Oreos. 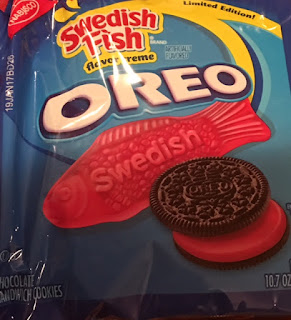 I must confess right off the bat: although I was a big fan of Swedish Fish candies when I was younger, I’ve lost my taste for them as I’ve gotten older. I really wasn’t looking forward to this taste test, and one look at the unnatural-looking, bright red creme filling did nothing to allay my concerns. So, I enlisted my youngest daughter–a huge fan of Swedish Fish candies–to test these out with me.

Again, when it comes to the aroma of Swedish Fish, they nailed it–not surprising, since the company that makes the candies (Mondelēz International) also owns Nabisco.  The familiar chocolate Oreo cookie outside gave me some hope that this might not be so bad–until I bit into one. 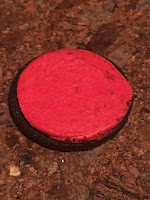 The Swedish Fish Oreos are, by far, the worst Limited Edition flavor I have ever come across. If I had to describe them in one word, it would be HEINOUS. They have a metallic quality and a medicinal aftertaste that made me want to spit out the bite I took.  Somehow, I got the first one down, but when I tried to give it a second chance, I just couldn’t do it–there was no way I could ingest this stuff.  Yes, it was THAT BAD.

Unfortunately, my “no such thing as too sweet” Swedish-fish loving daughter had to agree.  She said the cookie started out okay at first, but there was definitely a strange, chemical aftertaste that had her throwing the rest of the cookie in the trash after the first bite.

Bottomline: the formula for Swedish Fish Oreos should be ripped up, burned, and never, ever used again. 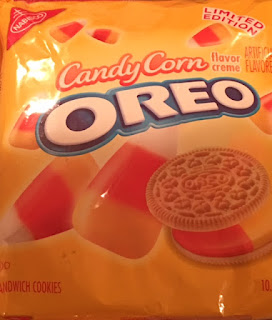 Finally–redemption!  Once again, I must confess, I’m not a big fan of actual candy corn candies: I find them waxy and overly-sweet, but the marshmallow-scent and signature tri-color pattern is one that I always associate with Fall, which is my favorite season, so they do have that going for them. 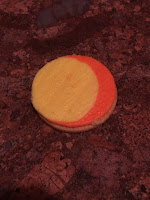 The Candy Corn Oreo sandwich cookies are vanilla, which pair well with the yellow and orange candy-corn filling. (The traditional chocolate Oreo cookie would have overwhelmed the delicate flavor.) Some cookies had more yellow creme than orange, others had more orange creme than yellow, but the flavor profile was exactly the same: DELICIOUS.  The ratio of creme filling to cookie was perfect, and the flavors blended well together.  This is actually a flavor that I would buy again, and if I do see it in the store, I will be sure to stock up on it–yes, they’re THAT good!

Of the three flavors I tried out this time around, Candy Corn Oreos were the clear winner. Skip the other two and give this one a try!