I’ve been reading about the record-breaking floods that have devastated Louisiana, and seeing the horrific video images of what the people there are going through, and my heart goes out to the residents there who have been suffering for the past several days.

And yet, our President has yet to say a single word about it, because….he’s on vacation. 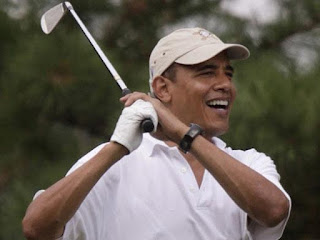 As someone who has spend more than half her life studying the Media and making a living as a writer/journalist, I’m also absolutely stunned by the almost total lack of coverage on President Obama’s decision to remain on the golf course, rather than return to the U.S. to oversee the situation that continues to unfold in Lousiana.  He’s being given a free pass by the news media, and it is so blatant and obvious, it can’t be denied this time.  As this news report from ABC News points out, then-President George W. Bush was raked over the coals for choosing to do a “fly over” during Hurricane Katrina in 2005, rather than an on-site visit, but President Obama completely ignores even worse flooding in 2016, and is not held accountable in any way.  40,000 homes have been damaged. More than a dozen people dead. Where is the outrage?? 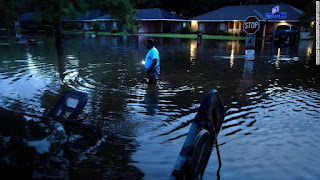 This has nothing to do with the upcoming Presidential campaign—I’m honestly not passionate about either of the choices coming up in November. And when disaster strikes, politics should be the last thing on anyone’s agenda. But this lack of response by our President, and the media’s complete failure to hold him accountable for it, is absolutely disgusting–partisanship at its worst. THIS is why people hate the Media, and don’t trust anything they say.

What would it take for the President to put out a simply-worded statement, declaring his support for those afflicted by this flooding, pledging his support for the cleanup and rebuilding efforts, and offering words of condolence, hope and empathy to those who have lost loved ones?

And why is the media letting him get away with it?  All of the news shows I watched this morning were obsessed with Trump’s latest campaign staff changes and the alleged lies put forth by Olympic swimmer Ryan Lochte.  The lack of integrity in journalism in 2016 is truly frightening.
The media spends countless hours trying to dissect how someone like Donald Trump can rise to such a position of power.  Here’s a tip for all of the “news” organizations out there: maybe you ought to take a good, long look in the mirror. 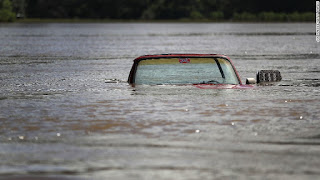 No, I don’t expect President Obama to roll up his sleeves and put on some hip waders and get in there on the ground to help pack sandbags and pass out fresh water and rescue stranded kittens from trees.  What I do expect is LEADERSHIP.

Whether he likes it or not, and whether it comes at an inconvenient time or not, the President of the United States is one of the most watched people in the world. The Red Cross and other disaster relief agencies are desperately seeking donations in order to be able to provide sufficient aid to those affected by this tragic event, but with no one giving this disaster much airplay, the contributions are only trickling in. But if the President of the United States of America were to cut his vacation short in order to travel to the flood zone, and then make a public statement about the need for help, the donations would pick up considerably. That’s the power of the platform that he has, and even though he’ll be abdicating that platform in less than 5 months, he has a responsibility to use it for good for as long as he can.

President Obama totally dropped the ball on this one, and for what? A few extra rounds of golf in Martha’s Vineyard?