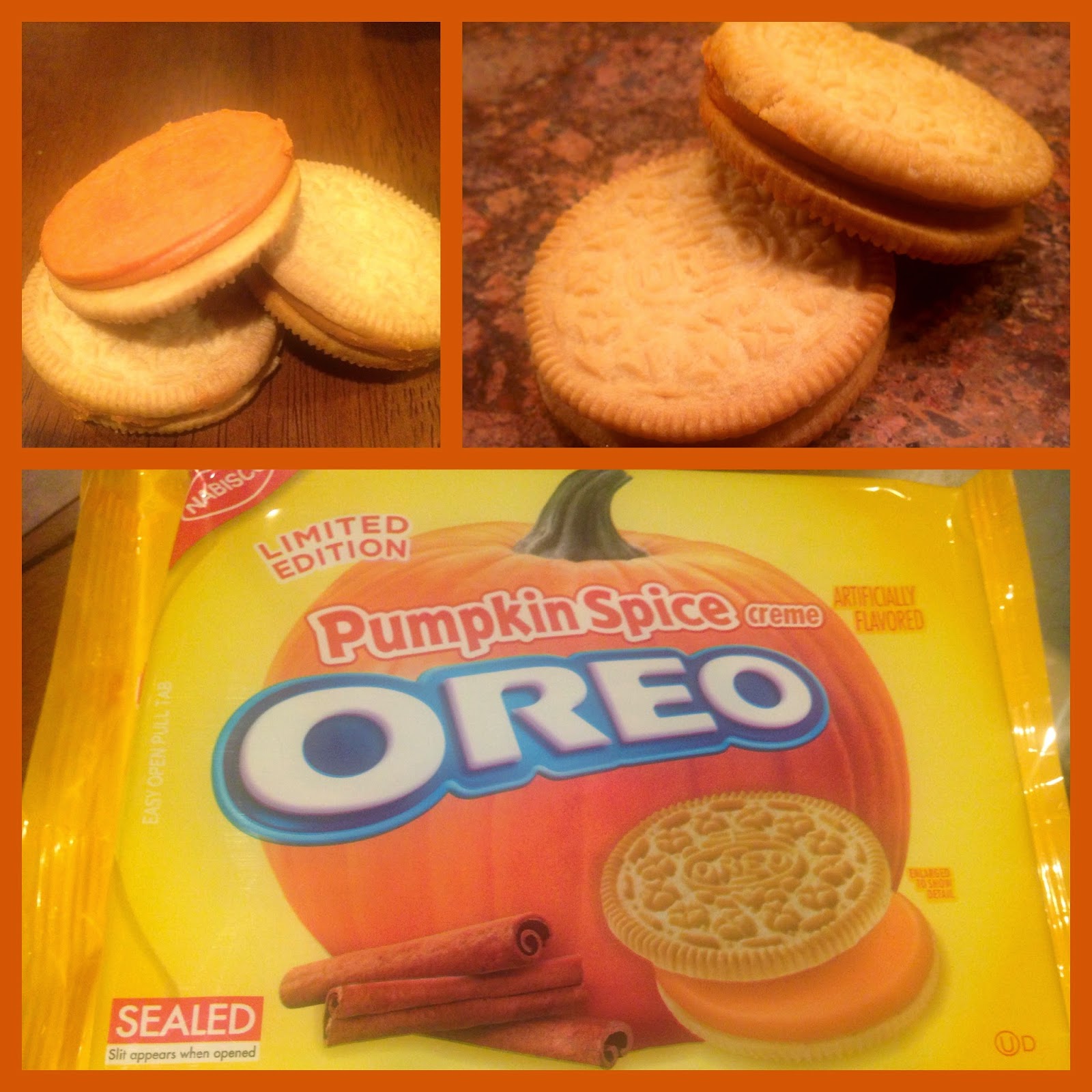 I’ve been waiting to try these ever since Nabisco announced they were releasing a limited edition “Pumpkin Spice Oreo” flavor.   They finally turned up at my local grocery store.

There are many people–and I used to be one of them–who believe it is sacrilege for Oreos to be made from anything other than chocolate cookies.  Then I tried the Birthday Cake flavored ones and all was forgiven.  Sometimes, a vanilla cookie top is absolutely necessary to pair perfectly with a flavored cream filling. Sorry to all the purists out there, but it’s time to let go of the concept that “there’s only one true Oreo cookie.”

So, the verdict on this latest incarnation: I liked them. They’re not as strangely addictive as the Root Beer ones, but they definitely deliver on the pumpkin spice flavor profile.  My husband thought they were a little too pumpkiny for his taste, but my youngest daughter and I thought they were perfect. In fact, my daughter pointed out that first, you get the pumpkin flavor, but then you get the spices (mostly cinnamon) right at the finish.

The only negative thing I could say is that the filling is such a deep, dark orange color, it’s a bit off-putting.  They certainly didn’t skimp on the food coloring. Unfortunately, the filling ended up being the same color and consistency as processed cheese-spread-in-a-spray-can, so it can be a bit jarring when tasting it for the first time.

Pumpkin Spice Oreos — definitely worth picking up for a fun and festive Fall treat.