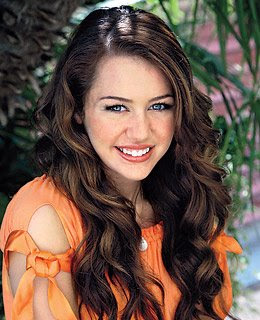 One of the most visited pages on my blog is the one where I vent about my unfortunate experience with Miley Cyrus’ fan website, MileyWorld. Long story–one that I’ve since learned is all too common with fans around the world–but I had to duke it out with customer service to get a refund for some unauthorized charges after my daughter signed up. It was incredibly frustrating, but ultimately, I was successful.

Even so, the experience soured me on all things Miley. I’d written her off as yet another spoiled, over-exposed, self-centered child star who is destined to burn out at some point.

But now, I feel it’s only fair to share a story with you that has made me see her in a better light.

A few months ago, one of the charitable organizations I work with held a fundraiser for a 6-year-old girl with a very aggressive form of cancer. Although she endured nearly a year of chemo and radiation, it became clear a few weeks ago that her battle could not be won. Her parents brought her home, and did everything they could to make her last days comfortable.

It so happens, this girl adores all things Hannah Montana, and is a huge Miley Cyrus fan. This past Monday, Miley Cyrus called the little girl as a surprise and spoke with her for several minutes. She was filming a movie and took some time out in between scenes to let the little girl know that she was thinking of her. They had a great conversation, and the girl was thrilled.

I got word early this morning that the little girl died today. I’m sure Miley knew the girl was gravely ill, but she had no idea when she called that in less than 48 hours, the girl would be gone. Miley managed to make one of this little girl’s last days on Earth something really special. For that, I must give her credit. Well done, Miley.

1 thought on “Another side of Miley”