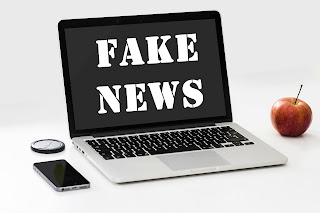 I think we need to create some sort of “social media time out” for people who, despite being warned over and over again, continue to fall for hoaxes that have made the rounds on social media, only to be debunked multiple times.

Every few weeks or so for the past several months, I get at least half a dozen people on my Facebook feed posting “Oh no, I’ve been hacked again! Don’t accept friend requests from me.” Without fail, not one of these people was actually hacked–all they did was perpetuate that old chain letter that’s been going around via Facebook messenger.  Tip: any warning that takes the time to walk you through the process of how to Copy and Paste something so you can post it verbatim (“just hold your finger down on this message, and…”) is assuming that you’re not internet savvy and, therefore, easily fooled.  Don’t fall for it.
The other hoax I’ve seen repeatedly: a copied and pasted message that claims to “trick Facebook’s algorithms” that have kept you from seeing posts from more than just a few people.  The magic trick to undo this nefarious scheme? You guessed it–cutting and pasting something verbatim, and posting it as your status.  No, people, it doesn’t work.