I am still reeling from the awful shooting that occurred on February 14th at Marjory Stoneman Douglas High School. The senseless massacre of 17 innocent people was absolutely horrifying, and then I learned that one of the victims used to live in my town in NJ.  Her name was Alyssa Alhadeff, and she was gunned down in her English class.  She was 14 years old, and had attended the local public school with my youngest daughter when she lived in NJ.  They rode the bus together every day.

Like many people across the country, I am fed up with the lack of common sense gun laws.  I support the Second Amendment, and the right for private citizens to own firearms, but there is no reason for the average American to own an assault rifle or semi-automatic weapon like the one that was used in the Parkland shooting. 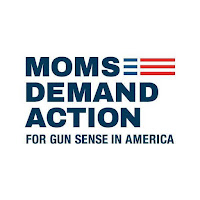 One of the mottos I live by is “Be the Change You Want to See in the World,” wise words attributed to Mahatma Gandi.  I decided to join my local chapter of Moms Demand Action for Gun Sense in America, and have taken other steps to help Alyssa’s family that I hope to share in a few days.
Last night, I attended a Community meeting that was hosted by Moms Demand Action, and Alyssa’s mother Lori joined us via Skype.  Hearing her recount those terrifying hours after the shooting was heart wrenching. She struggled for over nine hours to get confirmation of what had happened to her daughter, even though she somehow knew in her heart that Alyssa was dead.  Her daughter was shot multiple times, with catastrophic injuries (bullets pierced her head, heart, and hit her femoral artery in her leg).  She was not allowed to see Alyssa’s body, and was only shown a photograph of her face to identify her.
We must do more to stop this type of tragedy from happening.  No parent should have to endure what Lori is going through.  Enough is enough.