There have been so many celebrity deaths this year, several of which were creative souls that I admired so much — Garry Shandling, Prince, David Bowie, George Michael, Alan Rickman, Garry Marshall, Gene Wilder — but none has pained me as deeply as the death of Carrie Fisher today.

When I learned of her death, I was sitting in a movie theater, waiting for the start of Rogue One. By the end of the movie, when the lights came up, I noticed a woman about my age crying and saying how she had really hoped Carrie would pull through.  I knew exactly how she felt.

As someone who grew up in the 70’s, I can tell you that Carrie Fisher represented a new, different kind of heroine from any that we’d ever seen before.  She was so young when she made her debut in the original Star Wars in 1977, but unlike other “damsels in distress” that were so often portrayed in movies of time period, there was nothing helpless about Fisher’s Princess Leia. She was a brave, bad ass woman who could blast her way through a squadron of storm troopers with far better accuracy than any of her on-screen “rescuers.”  She made it okay to be strong and defiant, fighting off the bad guys and saving her own skin when trouble hit.

Despite being the child of two Hollywood superstars, Carrier Fisher didn’t have an easy life.  Fame had its challenges, and she battled through bad relationships, mental illness, and various addictions during her 60 years, but she did not want to be referred to as a “survivor.”   In her own words:

“I don’t want to be thought of as a survivor, because you have to continue getting involved in difficult situations to show off that particular gift, and I’m not interested in doing that anymore.” 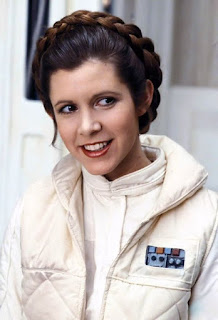 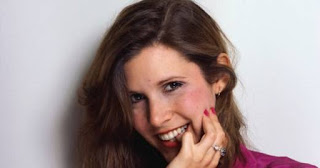 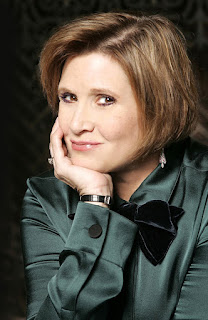