More and more these days, I find myself biting my tongue on social media.  Whether it’s about politics or social injustice or gender inequality or some other hot topic du jour, I find that some folks can’t handle hearing another side of things, and all they’re looking for is an argument.  I once read some advice that really stuck with me: “You don’t have to attend every argument you’re invited to.”  Just because a friend posts about something provocative, and I happen to have an opinion on that topic, I’m realizing that jumping into the fray and stating that opinion just isn’t worth it anymore. Not in the current climate of online animosity that invariably results, anyway. 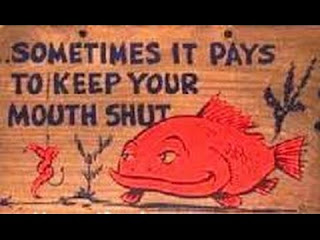 These are the times when it’s nice to have this blog, to be able scribble down a few thoughts on some things, without having to brace myself for an onslaught of , “yeah, but…” or “so, you’re saying, [insert something I am most definitely NOT saying]…” etc.  It’s my little corner of the world where I get to express myself, without any expectation (or desire, really) to launch into a full-on discussion or debate.  The words speak for themselves; take from them what you will–or, take nothing at all. That’s fine, too. 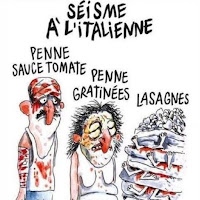 So this morning, I was reading about the latest controversy surrounding the French publication Charlie Hebdo. They printed a “satirical” cartoon titled”Earthquakes, Italian-Style” depicting victims of the recent earthquake in Italy as different pasta dishes. There’s a bloodied man captioned “Penne with Tomato Sauce,” an injured woman covered in scrapes captioned “Penne Gratin”, and just to the side, a layered stack of bodies and rubble and blood, dubbed “Lasagna.”
It’s clearly a reference to the high death toll in Amatrice, and yes, it’s in very poor taste.  What bothers me most is that it is utterly pointless, created solely to provoke, not make any sort of statement. That’s not satire, that’s just indefensible, purile behavior intended to provoke and inflame. What a total waste of time and resources.
This reminded me of the time when everyone was supporting Charlie Hebdo, after the terrorist attacks in France on their offices.  The hashtag “je suis Charlie” was everywhere, and people railed against the “Islamic extremists” who were offended by the cartoons printed in the French publication.  Talk about the right to freely express oneself was a hotly-debated topic, as people tried to understand the differences between Free Speech and Hate Speech. 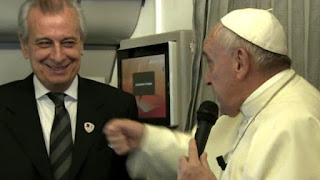 One of the more interesting reactions at that time came from Pope Francis.  When he was asked about the attacks on Charlie Hebdo, he denounced the violence against the publication, but he also warned against provocation. “You cannot provoke,” he said. “You cannot insult the faith of others.”  He also famously took a playful swing at Dr. Gasparri, a friend who often travels with him, saying that if the man ever said a curse word against the Pope’s mother, “he can expect a punch.”  I thought the point was brilliant: you have the right to express yourself, but bear in mind, if you’re saying something that you know is inflammatory, even a Holy man like the Pope is not immune to fighting back.
I bring up these two Charlie Hebdo stories because this issue of the delicate balance between Free Speech and the Consequences of Provocation came to mind when I saw another post about the ongoing controversy about football player Colin Kapernick, who has been refusing to stand during the national anthem as a protest against oppression. Despite the intial backlash against him, he doubled down on his protest by not only sitting down again, but also wearing socks that depicted police officers as pigs.
Now, media outlets are reporting that the policeman’s union in Santa Clara, where Kapernick plays for the San Francisco 40ers, have said they may refuse to provide protection for him and the other players at the games, in protest of what they see as his anti-police protest. I’ve seen a variety of reactions to this latest development, ranging from “Good, it serves him right” to “It’s wrong, he deserves protection, regardless of the socks he wears.”  To be honest, I’m not sure who I agree with. Both? Neither? I believe that “two wrongs don’t make a right”: I don’t think Kaperinick should be making his protests while acting in his professional capacity during a football game, and I don’t think the police officers who have sworn an oath to protect and serve the public should be threatening to go back on that pledge, even if the person they have to protect is unlikable.

I do not disagree with Kapernick’s reason for protesting, but do disagree with how he chose to go about it.
I absolutely believe in freedom of speech, and an American’s right to protest and express anger at our government, but I don’t agree that disrespecting the national anthem or, say, burning the U.S. flag, are the way to go about it.
The symbols that represent this country are some of the only things that we can all universally stand behind, and these unifying symbols deserve a foundation of respect and loyalty, regardless of one’s discontent with the current administration or the way certain issues are being handled. Exercising one’s freedom to sit during the anthem or refuse to salute the flag isn’t brave, and it isn’t “what being an American is about”…it’s petty and divisive, and only serves to inflame and provoke. Just because we live in a country where you can’t get arrested for doing something disrespectful towards our government doesn’t mean that’s a good way to draw attention to your cause.
Kapernick does have a right to speak out and protest, but in exercising that right to express himself, he needs to understand–as Pope Francis pointed out to Charlie Hebdo–that an act of provocation may elicit an undesirable response from those you are provoking. Violence is never the answer, but don’t act surprised when you get a negative response to your protest, even if your point is valid. Kapernick exercised his right to express himself, and his former fans are exercising their right to boo him whenever he takes the field.
Which brings me back to my struggles with when to weigh in on things, and when to step away.  When I share my opinion on something, whether here on the blog or on social media, it is not my intention to provoke, but merely to express my thoughts on a particular topic.  And I’m always open to hearing the opinions of others–in fact, I actively seek out other viewpoints by reading posts from a varied cross-section of media outlets: left-wing, right-wing, independent, and even international sites and messages boards.  But it comes to social media sites like Facebook, I think it’s best to start exercising my Freedom of Non-Expression.

UPDATE ADDED, SEPTEMBER 5th, 9:20am : CNN just tweeted this statement from President Obama on Kapernick, and he echoed my sentiments about the weight carried specifically by the anthem and the U.S. flag.  I wish more of my liberal-leaning friends could understand this concept, that you can support the man’s right to protest but still disagree with his choice to disrespect the national anthem–and that doesn’t make you a racist, as others have been suggesting.
Direct link to tweet: https://twitter.com/CNN/status/772781341368840192