One night, I was watching TV with my youngest daughter, and an Ikea commercial came on, showing a lesbian couple celebrating their anniversary dinner together. It was a sweet ad, and we both said, “Awww!” at the end. 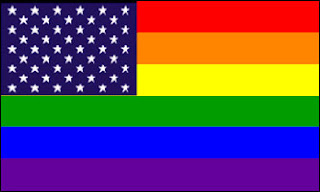 But inside, I was also bracing myself for the angry public backlash that was sure to follow on social media, particularly from those who complain about “the gay agenda.”  Depictions of groups that are in the minority inevitably stir up controversy, with cries from outraged viewers who see such depictions as an attempt to “normalize perversion” and “brainwash a generation.”
More recently, there was the campaign to #GiveElsaAGirlfriend, after word of a sequel to the hit movie Frozen had Disney fans in the LGBT community urging the company to make the main character, Elsa, a lesbian.  Of course, that movement was immediately met with the counter hashtag, #CharmingPrinceForElsa, led by a conservative group proclaiming the need for a movie that “promotes solid family values to our children and represents the natural family.”
This fight against acceptance and diversity in the media isn’t restricted to sexual orientation.  Who can forget the uproar over the Cheerios commercial in 2013, which depicted a young girl encouraging her dad to eat “heart healthy.” I didn’t notice anything unusual about the commercial itself until I started hearing about the racist backlash that erupted afterwards, simply because the actress playing the girl’s mother was white, and the actor playing her father was black.
Opponents of these depictions rail against their intrusive nature, decrying Hollywood’s need to “force everyone to accept alternative lifestyles as if they’re normal.” I’ve had people say to me that they “don’t have a problem with gay people” and the way they live their lives, but in the same breath, lament “why must they throw it in our faces?”
That massacre that happened in Orlando last night, where an extremist gunned down scores of innocent people at a gay nightclub?  THAT’S WHY.
Investigators are still searching for a motive, but the murderer’s father has been quoted as saying that his son “saw two men kissing” a couple of weeks ago, and that it angered him so much, that may have been what triggered the deadly assault.  As if that’s some sort of viable excuse for killing innocent people.
Why must we depict alternative lifestyles in the media?  Because there are people out there like that lunatic in Florida last night, who lead lives that are so insulated, who insist that THEIR way is the ONLY correct way to exist, that they would go so far as to attack those who are different from them, and eradicate them from this planet.
We, as a human race, are better than this.   You don’t have to believe it is “normal” to see two men kissing, or find it touching when you see two women in love, and if the idea of a biracial couple makes you “uncomfortable” there’s probably nothing I can say to change your feelings on that, so I won’t waste my breath. And I’m certainly not going to step into the debate over gun control, either, because ultimately, laws mean nothing to those who break them. If this level of hatred we’re seeing persists, the weapon of choice is irrelevant.
I was raised in a religion that taught me “Love one another as I have loved you.”  After the shooting last night, I keep seeing memes pop up on social media, urging others to fight Hate with Love, but I’m not so sure that Love is the antidote for Hate.  Too many times, I’ve heard people say the most judgemental, homophobic things, while espousing the mantra to “Hate the Sin, Love the Sinner.”  I’m convinced Love is not the answer.
Acceptance is.
My wish for humanity is simply this: we must learn how to coexist with one another.   I firmly believe with all of my heart that homosexuality is determined at birth, and not a conscious choice, but for those that do, know this: another person’s life choices do not lessen the validity of your life choices, and vice versa. Neither one of you need be “right” or “wrong.”  Where is the harm in just being who you are, and allowing others to do the same?
Instead of railing against a commercial that depicts choices that are different from your own, accept the fact that each of us has the right to make those choices for ourselves.  No one is saying you have to agree with those choices, or love them, or embrace them in anyway. Just let their choices exist alongside your own, and go forward with your own life.
It’s not at all surprising that the gunman who opened fire on a crowd of innocent people last night is alleged to have had ties to ISIS.  To deprive others of the Liberty to choose how they achieve “the pursuit of Happiness” (something that our forefathers felt so strongly about, they actually took the time to put it in our Constitution) is un-American.  Consider that the next time you get angry over a cereal commercial, or feel that your way of life could be threatened by a fictional character in an animated movie.