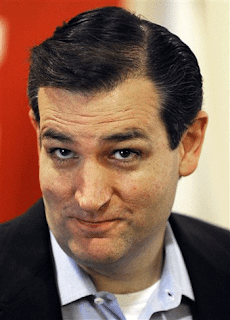 Oh, geez.  I watched the Republican debate last night, where candidate Ted Cruz doubled-down on his statements eschewing “New York values.”  Not only did New Yorker Donald Trump take offense and call the the statements “insulting,” but this morning, my Facebook feed is filled with angry rants from fellow New York natives who were offended by what Cruz said.

As someone who was born and raised in Brooklyn, and will proudly wave the “Native New Yorker” banner until the day I die, I have three words for these folks: GET OVER IT.

Newsflash: when Ted Cruz looks into the camera and says, “I want your vote” he isn’t talking to YOU, Big Apple residents, because he knows darn well he won’t get it.  Last night, Ted Cruz struck me as one of the few candidates who actually understands the reality of his situation:

*    A Republican hasn’t won New York since Ronald Reagan did in 1984–that’s 32 years of losses in the Empire State.

*    No one has been able to lay a glove on Donald Trump so far, but painting him as a brash New Yorker with values that don’t align with Middle America?  Hmm….that just might stick

*    Folks in New York City won’t like what Cruz has to say, but I’m willing to bet voters in the South and MidWest were nodding their heads in agreement last night.

*   No matter who wins the GOP nomination, they’ll be squaring off against someone with strong ties to New York: either Hillary Clinton, the Senator from New York, or Brooklyn-native Bernie Sanders (or even ole Donald, who hasn’t ruled out running as a 3rd-party candidate).  Cruz knows that, as has been the case for the last 32 years, New York is a lost cause this time around, and he might as well start laying the groundwork for the big race in the nationwide election.

Please don’t mistake any of this for an endorsement of Ted Cruz–it most certainly isn’t. I haven’t decided who I’m voting for yet, because there’s no one candidate from either side that has convinced me they’re the best choice for our country.  But skewering Cruz over his statements on New York values is silly.

Not only am I not offended by his comments, I’m actually impressed. It’s a smart strategy, and one that could help him pull ahead of the crowded GOP field.

He’s not out to insult you, my fellow New Yorkers, he’s out to win an election. And part of those “New York Values” should include having a thick skin. Don’t let his comments get under yours. It’s just politics.

And yes, I’ll be watching the Democratic Presidential Candidates Debate on Sunday, and hoping that someone says something equally as provocative.