Minnesota Vikings football star Adrian Peterson is facing charges of child abuse for injuries he caused to his young son in May.  Peterson claims that he was merely disciplining the boy, in the same manner in which he was corrected a child by his own parents.  He says he loves his son, and will “continue to try and be a better person.”

Peterson released a lengthy statement trying explain his actions, and stating emphatically that he loves his son very much. He says he “never intended to harm” his son.

As a parent, I know how difficult it can be to control your temper sometimes, especially if your child is acting out or misbehaving.  I would love to be able to take Peterson at his word and give him the benefit of the doubt, but there are aspects of this story that I cannot get past: 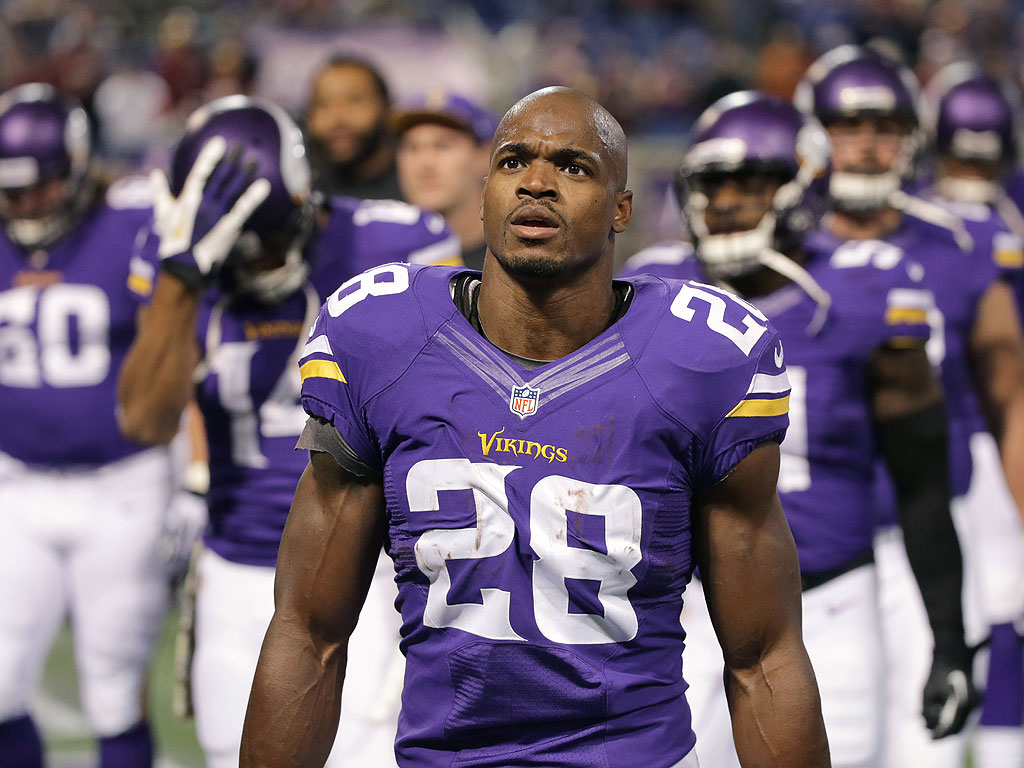 *  He allegedly used a tree branch to beat the boy on his legs, buttocks and privates–some of the most sensitive areas on a person’s body.  “I never intended to harm my son”… so did he think it would tickle to repeatedly strike the boy with tree branch?

*  There are reports that the boy told police his father had stuffed his mouth with leaves just prior to the beating. If that is true, that is abuse, pure and simple. There’s no excuse for that.

*   According to Peterson himself, he  decided to beat his son with the tree branch because the boy pushed his 5-year-old brother. The 4-year-old ended up with bruises all over his lower body. Does Peterson believe the punishment fit the crime?

Peterson has expressed regret and remorse over what he did, and is seeking professional help. Now it’s up to the courts to decide what his punishment will be.  Lucky for him, now that he’s saying all the right things, they are likely to show far more mercy than Peterson showed to his own son.