Another day, another taste test!

Yesterday, I tried the Mango Salsa flavored Lay’s potato chips, which is one of the four finalists in the company’s “Do Us a Flavor” contest (to read more about that on yesterday’s post, scroll down or click HERE).  Today, I decided to try the Cappuccino variety. 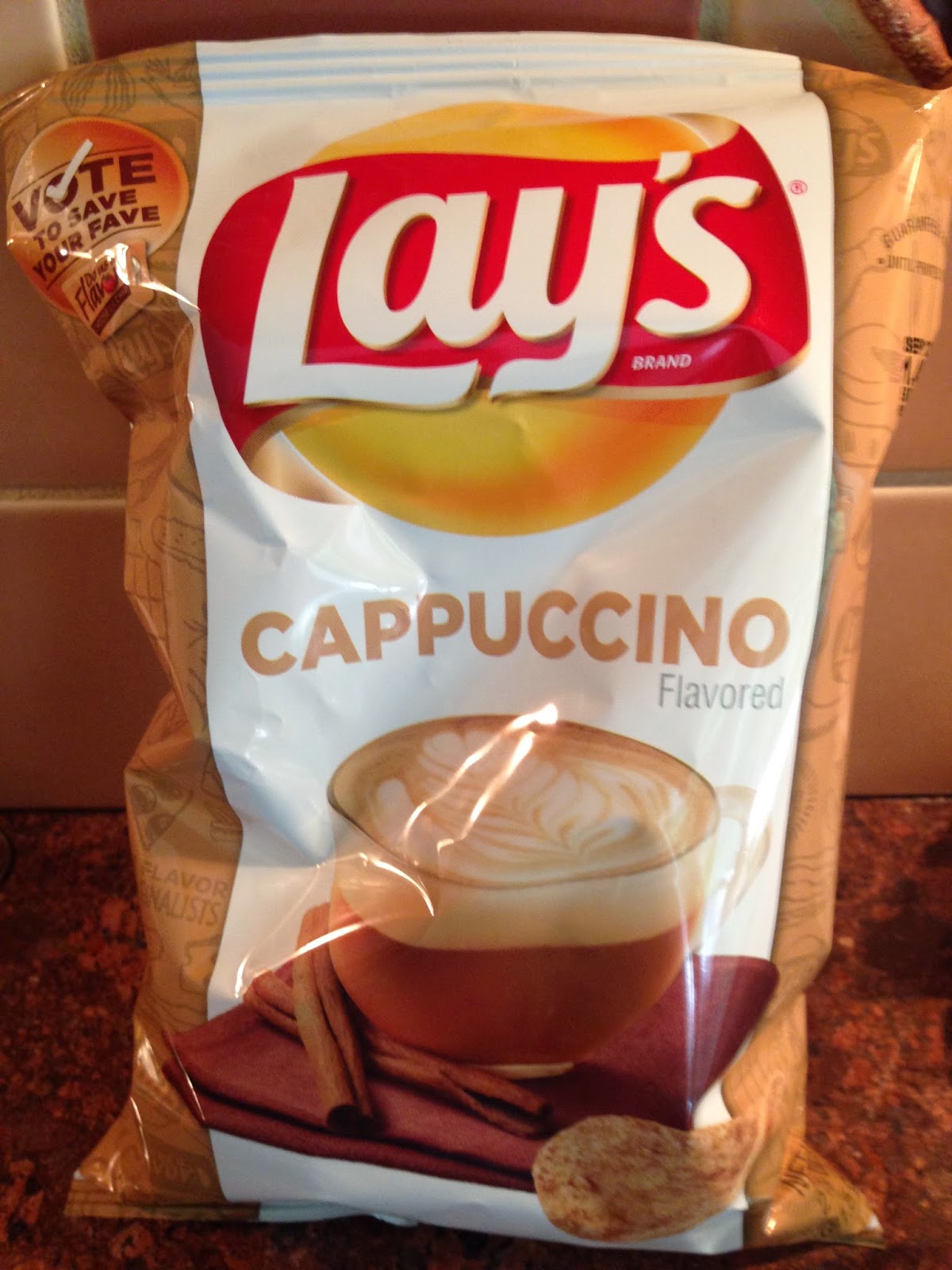 I must confess, a friend of mine tried these a few days ago, and warned me that they were terrible, so I was not expecting much. The whole concept sounds really odd, and although I do love drinking cappuccino, I did not think the flavor would translate well to a potato chip.

Much to my surprise–I liked them!

I found the Cappuccino chips to be very cinnamon-forward in terms of flavor, and it reminded me of eating a churro dipped in coffee.  (For those who are unfamiliar with churros, they are delicious strips of dough that are deep-fried and then covered in cinnamon sugar–a traditional Spanish treat that I absolutely love.)  Whereas I stopped eating the Mango Salsa chips yesterday without difficulty, I found myself going back for more of the Cappuccino chips.  I can’t believe I’m saying this, but I actually found them to be quite tasty.

But would I buy them again?  Hmmm….I’m not sure.  The problem: while I thought they were tasty, everyone else in my household thinks they taste DISGUSTING.  My 18-year-old daughter tried one and said, “Uh…no.”  My husband tried them–after I went on and on about how churro-like they were–and he had a totally different viewpoint.  He said they smell and taste predominantly of coffee, and he didn’t like them–not even a little.

So, if I do end up buying these again, it will probably result in me eating the entire bag by myself, which is not a good thing.  I think I’d be better off having a real churro and a cup of coffee instead.

Now…if I can just find the other two flavor finalists in the contest, I can post reviews of those and then cast my vote. Stay tuned!