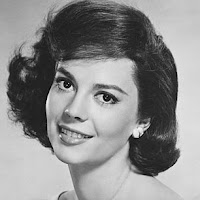 Thirty years ago, on November 29, 1981, Natalie Wood drowned while on a boating trip with her husband, Robert Wagner,  and her movie co-star, Christopher Walken. I remember hearing about the murder, and feeling awful because she’d always talked about how fearful she was of the water. Drowning was one of her worst nightmares, and it’s terrible that she had to die that way. There were rumors that she was drunk and fell overboard, but nothing was ever proven.

The circumstances surrounding her death always seem so hazy, with lots of unanswered questions as to exactly how it happened. Now, the Los Angeles sheriff’s office says they have new information that has led them to re-open the investigation.

In 2009, Robert Wagner wrote about the events of that evening, and for me, they raised more questions than answers.  He talked about how they argued that night, and how much their entire party had been drinking. You can read his version of events HERE at the UK Daily Mail’s website.
I hope this case is finally solved soon.