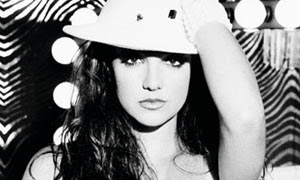 It’s been announced that, once again, Britney Spears will be the opening act at the MTV Video Music Awards. It airs here on the East Coast in just under an hour from now.

I’m praying that we don’t get a repeat of last year’s sad, robotic performance. This is her shot to reclaim her status as an entertainer, and not just the butt of so many jokes. I have to believe that her father and those who are managing her career at the moment would not put her out there unless she was ready and prepared to do a great job.

I’m sure many folks will be disappointed that Spears didn’t actually perform tonight, but it was the right move. This was merely intended as a confidence booster for her, and she did just fine. She looked great!

1 thought on “Deja Vu: Britney on the VMAs”